History of the Esterházy manor house in Želiezovce

Thus, after the original Baroque concept, a beautiful residential, four-winged building with an inner circular arcade and an enclosed courtyard was created. Thanks to later reconstructions, the manor house also shows elements of classicism. The manor house is surrounded by a large English park (with an area of 8 hectares) with Vrbovec stream running through it. At that time the manor house also included other buildings: “Owl House”, which now houses the local museum, and “Hungarian House”, which is the headquarters of the local Csemadok organization.

The Esterhazy family mostly stayed in Vienna, and they used the manor house only as the summer residence. Both Želiezovce manor house and estate only became known thanks to Count Ján Karol Esterházy (1775 – 1834) and his wife Countess Rozina Festetics (Tolnai) (1784 – 1854). During their lifetime, new farmsteads Rozina, Maria, Karolína and Albert, named after the family members, were also founded here.

The Count was a generous patron and he loved art. The town of Želiezovce became world-famous for his decision to invite the Viennese composer Franz Schubert to the local manor house in 1818 and 1824 for the purpose of musical education of his two daughters. Enjoying good conditions and peaceful environment, Franz Schubert found many valuable sources of inspiration for his work here. He dedicated several of his compositions to Countess Karolína Esterházy, with whom he was secretly in love. One of them is the well-known Octet in F major. Schubert died shortly after his return from Želiezovce to Vienna. Karolína, his pupil and platonic love from Želiezovce, died of intestinal inflammation at the age of 46 and her remains are kept in the Esterházy tomb in the local Catholic cemetery in Želiezovce.

The heart of Count Jan Karol Esterházy is also buried in the aforementioned neo-Gothic tomb, as his body was buried in Galanta at his personal request. He wished only his heart to rest in his beloved Želiezovce after his death.

Rozina Esterházy, the widow of the Count, also systematically contributed to the importance of the Želiezovce manor house, for example in 1842-43, when she employed the world-famous confectioner Franz Sacher, the author of the world-famous Sacher cake. The master confectioner thrived in our town, and even his son Eduard Sacher was born here in 1843. He later became known as the founder of the five-star hotel chain and cafés.

The local fertile agricultural estates, forests and, of course, also the manor house itself were gradually passed on to the blood descendants of the Esterházy family, however, coincidentally only through the female lineage. Later inhabitants of the manor house, e.g. Count Breunner-Enkevoirth, Duke Auersperg or Count Coudenhove-Honrichs, are surely also worth mentioning.

The last owner of the manor house being of a noble origin was Countess Ernestina Breuner-Coudenhove. She owned the manor house in the pre-war period until 1944. After World War II, the whole estate was confiscated. In the 1960s, a kindergarten was established in the manor house. Currently the building is a town property. After the planned restoration, it is intended to be used for cultural purposes. 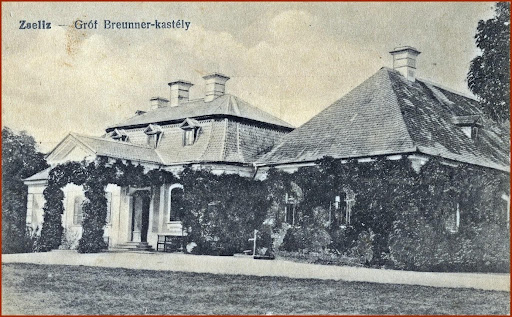 The manor house is still surrounded by the beautiful English park founded by the Esterházy family. The 8-hectare estate is the third-level-of-protection area. Visitors can admire valuable and rare trees in the park. Among others, there are also huge centuries-old summer oaks (Quercus robur), a whole group of mighty plane trees (Platanus hispanica), as well as a 25-metre-high protected bald cypress (Taxodium distichum). The local bald cypress is probably the largest and oldest protected bald tree in Slovakia. It is estimated to be 200 years old. It was declared a protected tree on 20th November, 1996.

In the park, there  are just over nine hundred mature trees and a quiet stream running through it, along which Franz Schubert and his muse Karolína Esterházy walked every so often in those days. 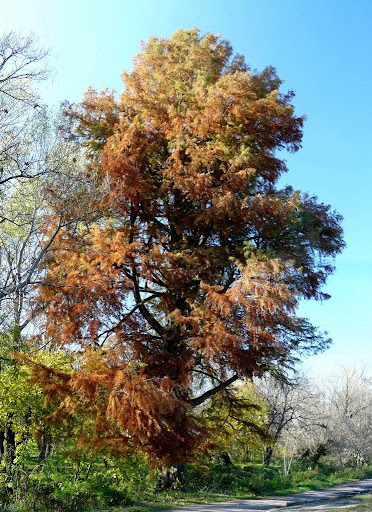 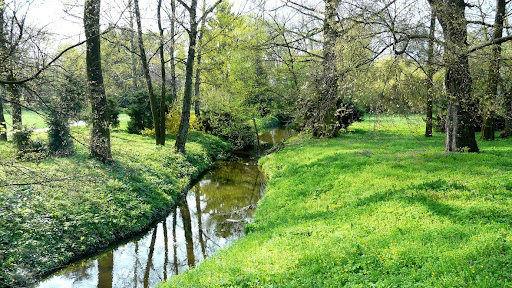 The project Restoration of the manor house in Želiezovce in order to preserve the cultural heritage and make it accessible to the general public benefits from a € 737.000 grant from Iceland, Lichtenstein and Norway through the EEA Grants. The project has been co-financed from the State Budget of the Slovak Republic in the amount of € 110.500. The aim of the project is to restoration of the roof structure of Esterhazy manor house in Želiezovce and making it accessible to the general public as well as using it for the purpose of educational, marketing and cultural activities.

If you want to know more about programmes and projects financed by the EEA Grants in Slovakia, visit www.eeagrants.sk.

Working together for a green, competitive and inclusive Europe.

This website uses cookies to improve your experience while you navigate through the website. Out of these, the cookies that are categorized as necessary are stored on your browser as they are essential for the working of basic functionalities of the website. We also use third-party cookies that help us analyze and understand how you use this website. These cookies will be stored in your browser only with your consent. You also have the option to opt-out of these cookies. But opting out of some of these cookies may affect your browsing experience.
SAVE & ACCEPT